Hellooo gang! I hope you are all well. I’ve just arrived in the bustling (and ridiculously hot) city of Siem Reap in Cambodia after an unexpected and inspiring trip to China where I was invited to visit a children’s hospice. I’ll talk more about that soon but it was an experience I really wasn’t expecting to have.
Social media is banned in China so I’ve been media free for the past week or so.

Before my trip to China I stayed in the city of Kuala Lumpur in Malaysia for about a week. I thought I’d try something different so instead of flying I caught a 6 hour train from Singapore to KL. You can pretty much fly for around the same price and it takes about 5 hours less but I love trains so this was a much more fun option. With the air conditioning on full it was a pretty chilly experience.

Truth be told I was ready to go home after New Zealand. I’ve got to a point now where I’m just craving some home comforts and also having that ‘settled’ feeling which I seem to have eluded for almost three years now. Even the year I spent saving for this trip staying at my brother and sister in laws flat never really felt settled. It was lovely but it definitely never felt like my place. Not just because I was sleeping in their office but more because I was always preparing to leave again.
I’m now approaching two years on the road and the the novelty of staying in different places and living out of a bag has definitely worn off. The thought of all the different 101 related ventures I want to set up are the things I’m more excited about now. Someone could come up and give me £5,000 to keep travelling and tick off even more things from my list and I wouldn’t take it. Home is calling and I’m super excited about it.

I couldn’t come all this way however and not visit my two gorgeous cousins Alexa and Zoe. Alexa lives in KL and Zoe in Cambodia. They have been here for almost a decade and I have never been to visit in all this time so this was the perfect opportunity. Despite my China trip Asia is now more of a family affair than it is a sight seeing tour. Seeing Angkor Wat is on my list which is in the same town as Zoe’s so this is a lovely coincidence. Just to clarify, it’s not that I don’t want to see Asia. Asia is very high up on my list but I would just rather see it with fresh eyes so I can full appreciate it.

My cousin Alexa has lived in KL with her fiancé, Andrew for around 8 years now and they absolutely love it. I arrived with the sole purpose of hanging out with them.

The Trouts are a very close family but more often than not we only get to see each other once or twice a year and when we do it is usually at Christmas with everyone chatting away to everyone. As a result you never really get a chance to have a one on one chat with anyone. I’ve now spent the past two Christmas’ away from home so this week in KL was especially lovely as it gave me a chance to hang out with Alexa and really catch up. She is such an amazing girl. I also got to know Andrew who is a great guy and we had the best chats. We must have chatted about everything from sport to the theory of relativity.

Although KL is not my most favourite city in the world, Alexa and Andrew have such a great life there. They have an amazing apartment which in the UK would cost an absolute fortune, have cheap and quick access to all of Asia, they have a great social life and most importantly, a wonderful group of friends who I got to meet over a Good Friday feast at one of their friends house. A fake microphone, some music and some drunk people makes for a very good night.
Alexa plays Gaelic Football or simply known as ‘football’ if you are Irish (very important to know) and she took me to join a practice session one night and blimey it’s exhausting. Great fun but KL is hotter than the earth’s core so it’s pretty tough.

When they are not driving the Malaysians are super friendly people. Lex took me to see the Malaysian Philharmonic Orchestra play a jazz concert at the concert hall in the iconic Petronas Twin Towers. I rocked up in my flip flops, shorts and a tatty shirt only to be told I couldn’t come in. When I looked around I noticed that everyone was in suits so maybe I was a tad bit underdressed.

I told Lex to go in and I quickly ran out to the legendary budget but incredibly awesome shop of Uniq Glo and bought the cheapest trousers I could find and ran back upstairs to the concert hall where the ushers rustled up a suit jacket and a pair of shoes for me to wear. The shoes were too small and the jacket too big but I felt like quite the man around town nonetheless.

In what was like a scene from Pretty Woman, I surprised Lex at the interval with my new look. Despite her look of ‘are we really related?’ I could tell she was secretly proud to be out with such a dapper gent!;)

I then had to apply for a Chinese visa which wasn’t as complicated as I thought it would be. I filled out an application, got a letter of invitation from the children’s hospice I was visiting and got a visa no problem. It’s a lot cheaper to do it yourself and isn’t as complicated as you might think it is. Saying that please don’t do what I did and book a flight to China on the same day your due to pick up your visa. As ever, it all worked out but visions of a big ‘declined’ stamp were running through my head the night before and with that a non refundable flight to China down the pan!

Fortunately all worked out well and I went on to China and I met some of the most amazing people I’ve ever had the honour of meeting.

A huge thank you to Alexa and Andrew for their generosity and for having a weary and smelly traveller hang out with them for the week. I absolutely loved my time with you. Roll on a long overdue Trout reunion at Christmas. 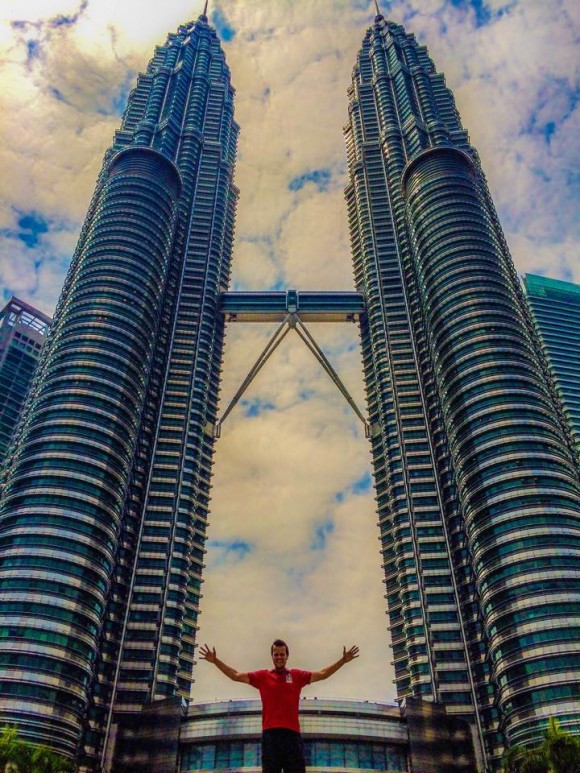 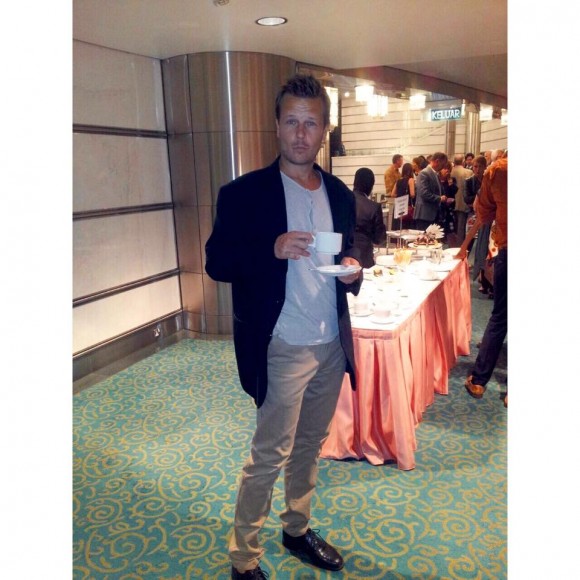 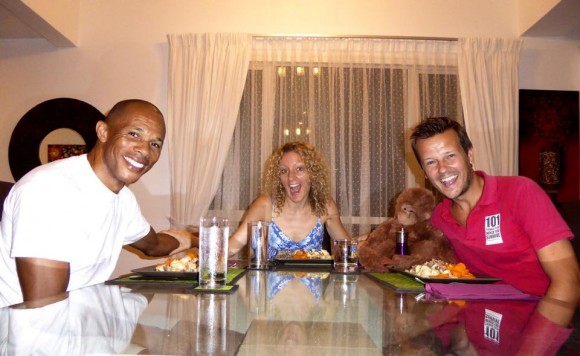 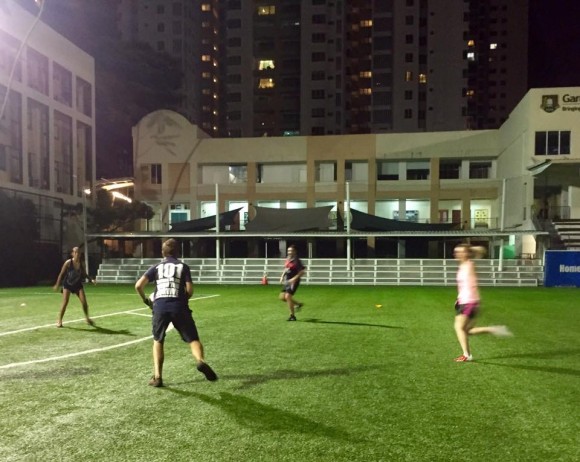 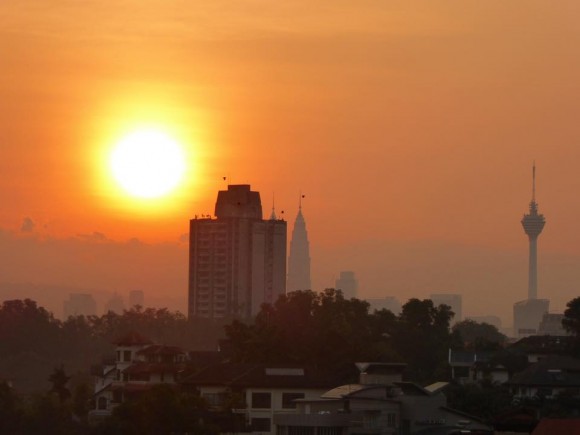 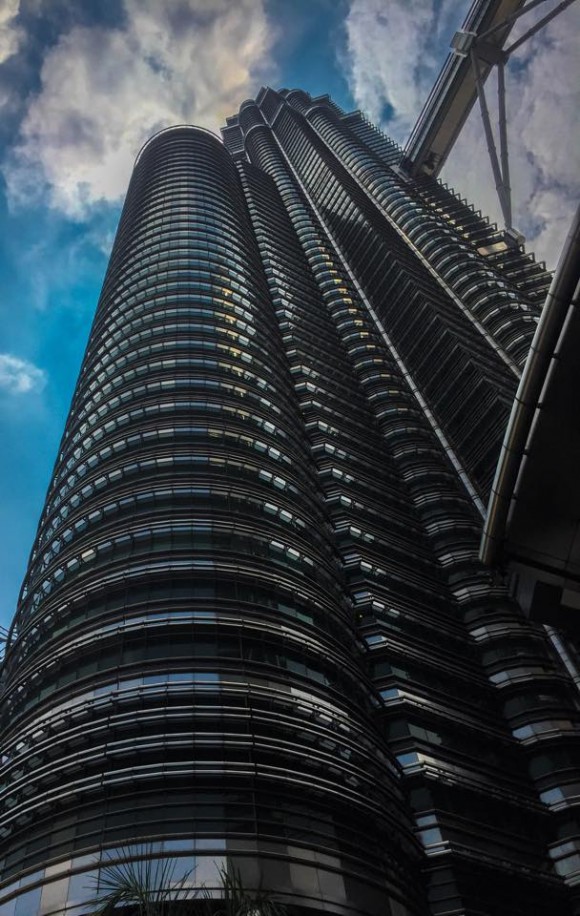 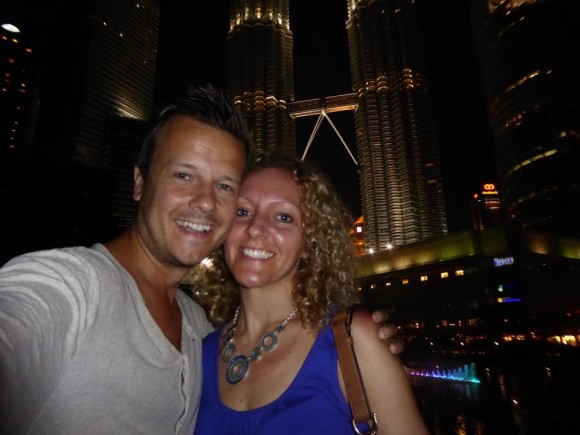 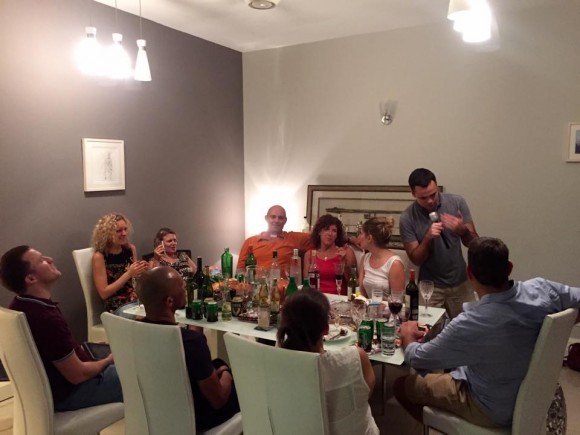